There are many whistleblowers out now from SSP and ICC about Mars. They are better-than-science-fiction -stories, so readers can decide what they want to believe. Seems like human colonies and military stations have been in Mars since 60s. The native inhabitants reptoids and mantis have been fighting against the intruders, greys, dracos – and human supersoldiers. These guys are age regressed and memory suppressed when they return to earth after 20 years.

Mars Colony Corporation seems to be formed by bankers, technical and government agencies - to trade, protect earth and to be a secure place for elites and perhaps for the future human civilization. Humans are also kept there as slaves for many purposes among threatening bugs and even bigger animals. The air is breathable in some areas, the gravity is weak and the sky is purple or bluish.

Sixteen years old Tony Rodriques was taken by elites to work as a psychic in Peru. In 1990 he was taken by SSP to moon and then to Mars for suicide mission against insectoids. He had once a battle with telepathic insectoid and lost his arm, which was then regenerated. The project was finished due to warning from the insectoid. After that Tony was taken to base called Aries Prime to be re-educated by Grays. Then he was taken to German Dark Fleet Base on Ceres, and also in trading ships to many planets. In Ceres there were trains, shops, ETs, rich civilians, police, sex clubs etc.

See the funny manti, and on the video more from Tony Rodrigues. 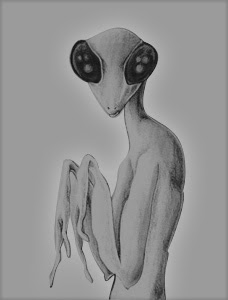 Corey Goode delegate for the Blue Avian ETs; Germans set up first colonies on Mars. ICC corporation bankers and the aerospace companies came along. They build up unitedly military SSP to battle the other inhabitants out. Then engineers came to build bases with the help of Draco alliance.

Then they brought in thousands of highly educated people, saying, the Earth is about to undergo destructive changes. They would be shown super advanced bases on Mars, and convinced to join in saving the human race. These people were then taken to Mars, and the guys with weapons would give them a job, as slaves. https://spherebeingalliance.com/blog/transcript-cosmic-disclosure-colonizing-mars.html

Corey Goode visited ICC Mars couple of years ago. Conzales had selected there a colony for inspection, but the ICC tried to take them first to a colony selected by them. They were shown a presentation about advanced technical equipments produced by the colony for 900 interplanetary customers. Eventually Corey and Conzales had to escape by orb, see the exiting story, https://www.youtube.com/watch?v=gfCn7YbRwzk

You may see also what the Body Language expert says about Corey, Planet x and Greer: According her Corey is reliable, except he didn't admit he disliked vegetarian food in the beginning. Steven Greer claims that Corey and others are mind controlled and fed with disinfo. Greer believes there are only positive ETs - who would believe. (What comes to body language analyses, I think it shows what the analyzed person believes himself to be true, not always necessarily what is the truth, but I don't know much about it, DA). https://www.youtube.com/watch?v=14R9QB7cJ1M

Update 20.2. SSP whistleblowers Penny, Elena and Lindsey have been taken as children into SSP Mars projects and age regressed back to earth life at some point. They all have experienced and seen very similar things on their Mars mission, related to healing, battles, psychic abilities. They have been traumatized to become psychics by drowning methods. Lindsey and Penny were trained also to function as weapons. Penny could burn electrics with power of her mind, besides she was 25 years a pilot killing reptilians and mantis in Mars defense force. While coming now forward to exposing SSP, they have experienced constant threats and even murder attempts.

James and Penny both has been altered as cyborgs for years, their human consciousness has been transferred into robot in order to function in unison in the battles. Slaves and cyborgs seem to be a big trade deal, sold mostly to ETs.

Penny worked also as a navigator in her second 25 year mission on Dark Fleet. During Montauk project many kids were lost on time travels. She says those who are authorized to tell are protected by their handlers, so they are not allowed to tell all the truths.

Corey has made comments about Ukrainian Elena that she has nothing to do with SSP and Mars missions. Lindsey thinks that although Corey pretends to demand full disclosure, he has signed with G 20 to do partial disclosure within ten years, so that they have still time to continue their slave trade, etc. Thus according Lindsey, Corey is not exposing everything that he should be doing for full disclosure. Anyhow she appreciates that Corey came forward in big way.
So there seems to be contradictions going on between the 'Human Martians'.
https://www.youtube.com/watch?v=pLIle3eg-AQ&feature=youtu.be

Randy Kramer and Elena Kapulnik; Human Mars bases and colonies are mostly underground, protected from winds. There is active defense system against meteors, and cloaking devices in use. Elena has worked over 50 years in the SSP. She was helping to build medical beds, which can fix everything in the body. Even Randy’s head was transplanted few times. Temporary and permanent age regressions was done on Elena. Psychological balancing can be done and languages printed in the mind.
ICC has solar energy harvesting and huge space stations in many other planets. NASA is just cover up agency. Native ETs on Mars, mantis and reptoids, fight for truth, territorial reasons while humans sometimes just testing military weapons. Eventually piece agreement has been made between ETs and humans.

Dracos infest victims with nanobots in order to take over. Clones are stupid, have behavior problems, and no soul. Greys are very hooked up on technology, with no emotions except fear of death. Elena is now spying ICC and reporting their human rights violence. SSP has negative and positive groups. More https://www.youtube.com/watch?v=q1XFqjYIQ0M.

Randy was 17 years in Mars with 500 other soldiers on military stations. Helmet was mentally interactive, but had no AI. Military was using localized portals to move troops underground. Insectoids there create clones, speak telepathically and are intellectual. Difficult to kill reptoids because they have two hearts. They can space travel, but are not interested. Randy left Mars 2007, but return year on earth was 1987, as he was age regressed. Randy’s body was rebuild many times, while thousand others lost their life on battles, due to consciousness having already left the body.

Randy went also for diplomat missions, in Jupiter he was in meeting with 10 different species. Randy thinks Andrew Basiago has really been in Mars. After returning to earth Randy’s yoga teacher advised him to meditate and take control over his implants - telling that ‘according universal law the implants in your body belongs to you’. Implants were no more threat. Superiors want Randy to tell out. NWO is not able to take over. (Michael Relfe was also from 1976 to 1996 on a military operation to protect Mars colonies). See more, https://www.youtube.com/watch?v=6FbOiIdgbl0
Andrew Basiago; Went through CIA Jumproom program to Mars. Tesla teleportation through portal was used by government in 1970. Obama was fellow teleporter. Basiago learnt about time travel and remote viewing on Project Pegasos. Mars station was formed to protect earth from possible space events and ET threat. US was claiming territory on Mars from Martians. There was frightening animals. https://www.youtube.com/watch?v=BqMt3jT8T6k

Selected by ETs, William Tompkins; Germans had alliance with Reptilians and Dracos in 1940. US Navy worked with Nordics and companies like Douglas, Lockheed, Northrop, Boeing. Tompkins was developing “Solar Warden,” kilometers long spacecrafts and bases on other planets. Thousands of people in the Navy got sent to Mars facilities and further. Corporations formed ICC, then went into the galaxy for mining and trading. https://www.youtube.com/watch?v=Sb18kkVlRh4

Jeminii, recently exposed an independent ‘Dark Fleet’, which has similarities to Mars missions. She seems to be a starchild with night vision and many psychic abilities. As a teenager, ETs started to visit her, even battling with other ETs above her home farm. The ‘Dark Fleet’ guys-in-black came to protect and educate her. She went with her handler to human rescue missions, where she got shot several times, but was revived even from death. Daytime at school she seem to be like memory suppressed.

Her official graduation into ‘Dark Fleet’ was about demonstrating psychic abilities to an elite group, and getting the black uniform. She became a commander of fleet, which did scientific engineering, using electromagnetics, frequencies and portals. Once they set up devices on the upper atmosphere to prevent a future asteroid impact. Now she is in administrative position on ‘Dark fleet’, nothing to do with SSP. https://www.youtube.com/watch?v=JfwaVWfOVo8.

Indian P. R Sarkar; ‘According to old astronomy and also astrology, Mars also came out of this Earth, but it did not move around the Earth as its satellite. And that is why a name for Mars is Kuja. Ku means earth and Kuja means born out of ku. Earth relationship with Mars varied many times. Mars moves with its satellites, Deimos and Phobos. 1986

When going to the moon or Mars, people should be sufficiently cautious. The body and mind should be properly adjusted. Yogic postures and breathing etc helps in this adjustment’. - 1969. Sarkar was visiting Switzerland in 1979. While sitting high on the Alps, he told ‘life to earth came from Mars’, and interestingly - there ‘happen to be’ secret service agents walking around with some listening equipments - according his disciples!

Ivan Teller has been channeling sometimes Martian ETs, who claim ‘your elites has stolen our planet’. Martians left Mars when its atmosphere became toxic due to wars. Now they live on ships. Mars is a project build by elites fearing the earth to collapse, and the top elites needing to move hiding. They have there extremely expensive satellite. They now allow whistle blowers to expose it, because they feel high, as humans can’t do anything about it, and most will not even believe. There are many videos of the projects on Mars. Elon Musk is going into elites area! Only elite companions, Nordics, can go there. Humans will shoot any other ETs. https://www.youtube.com/watch?v=3C8M1UDP5WU

Someone channeling Mars itself; Humans can not breath on Mars, it is polluted, less gravity which weaken human bones, but there are secret societies. Openly humans will be there on 2017. Martian natives are strange little beings, live simple life, grow food, have sophisticated technology, but no desire to mix, https://www.youtube.com/watch?v=dG5cfZFrpf8


Didi Annapurna, if you post this article link it here, thanks!