Next US president Andrew D. Basiago? He is former U.S. chrononaut, and Mars explorer, with an IQ of 168. The U.S. government secret time travel program pre-identified him as a future U.S. President — as it did Bushes, Clinton and Obama. Basiago officially declared his candidacy for President on Coast to Coast AM Dec 19 th. He is hoping a historic defeat to the two major parties and their corrupt candidates. 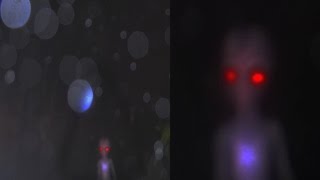 Many Many UFOs near ISS in Dec; https://www.youtube.com/watch?v=qpqjL2AHCZQ. Corey Goode explains about Artificial Intelligence, but let's have positive mind, which it can't conquer; http://beforeitsnews.com/alternative/2015/12/david-wilcockcorey-goode-cosmic-disclosure-28-the-threat-from-artificial-intelligence-3266050.html. Secret space stations planned to be disclosed; fb.me/2i9Ob5SXV

All planets moving same direction in our sol system; http://thespiritscience.net/2015/11/29/rare-astrology-all-planets-are-moving-direct-from-december-25th-to-january-6th/. This vibration can provide an extraordinary kind of cosmic assistance to any endeavor created to benefit, rather than to hinder, human life on earth. Meditation: January 1, 2016.

More on Morgellons... Chemtrails; Governments wish to semi mitigate the the "dipping" effect of the north pole. The metal particles may cause "collateral damage"...Morgellons is very real. Some info also here; https://www.youtube.com/watch?v=DsGi4B2VOEQ.

With oil prices dropping to $30 a barrel, the Saudis will soon no longer be able to afford their mercenary armies. Citibank and others rely on recycling Saudi oil money...Big bankruptcies expected in Jan and Febr.

Sheldon Adelson and Rupert Murdoch have been shown to be using corporate control of the media. And IMF head for trial after reforms; http://indianexpress.com/article/india/india-news-india/imf-chief-christine-lagarde-to-stand-trial-for-negligence-over-tapie-payout/.
Rate hike was to protect the no-longer US Dollar, but for US it was failure. Related Quantitative Easing Failed.US government has done a 180 degree about turn in its policy towards Syria by supporting a UN resolution that does not call for the ouster of Assad. The US and Israel have shown signs of regime change by voting for UN resolution aimed at cutting off ISIS finances...Bushes and their buddies have been shipping oil tanker trucks, and other equipment to ISIS from Texas. Pentagon generals suspicious of US Defense Carter. Carter in Turkey ordered an airstrike in Iraq. http://www.projectcensored.org/11-the-media-can-legally-lie/. And http://www.zerohedge.com/news/2015-12-18/new-york-times-just-memory-holed-devastating-obama-admission. Sign of a rebellion against corporate distortion of news.

The Chinese prevent Monsanto, and its Goldman Sachs banker, from getting a monopoly on world food supply by having Chemchina buy the Swiss Agribusiness Syngenta.Putin's look-alikes read scripts and pretend to be leader. The real leader is Lavrov. http://www.zerohedge.com/news/2015-12-16/caption-contest-kerry-putin-lavrov-staring-match-edition and Putin look-alikes here: http://www.dailymail.co.uk/news/article-3361468/Evidence-suggests-Vladimir-Putin-immortal-thanks-Russians-discovering-secret-time-travel.html

Canada’s new PM Trudeau call for legalization of marijuana. His father Pierre Trudeau was blackmailed...Oil tankers float around with nowhere to go...
http://www.zerohedge.com/news/2015-12-16/something-strange-taking-place-middle-atlantic-ocean. Some sort of systemic collapse... benjaminfulford.net

The Alliance That Is Taking Down The New World Order; Positive alliance systematically taking down the banking cabal, or NWO. This alliance is very real… and is winning. Neil Keenan, thespiritscience.net.
.........................
Ravi Batra, Economics, 4 Steps That Can Help End Unemployment And Poverty Now. Read more. The culprit monopoly capitalism is akin to a gorilla that must be tamed to restore the fortunes of the poor and the middle class, say Ravi Batra, Video; https://www.youtube.com/watch?v=M9XSELr2GFs. His latest book; http://www.amazon.com/The-New-Golden-Age-Revolution/dp/B0068EO7AQ.
Ravi Batra is the author of six international bestsellers, but not always have his predictions come true. On 2007, Batra predicted; “A political revolution will take place in the US end of decade... from 2010 to 2016 we could see major changes in US economy and society... It will be a peaceful revolution and it will bring an end to the rule of money in society.“[14]

Batra; The Law of Social Cycles was pioneered by my teacher P. R. Sarkar. I find the teachings he offered were great. Reporter; His mission does not have huge credibility in some quarters? RB: Well who has credibility when you are pioneering something new? Such people never had credibility in the beginning but later on their philosophies are accepted and even eulogized. So new ideas have to fight the existing ideas and then they become popular. http://proutglobe.org/2012/03/ravi-batra-predictions-and-politics/.

Positive outlook, by Batra; The New Golden Age and the Coming Revolution against Political Corruption and Economic Chaos. And latest by Batra; http://www.amazon.com/End-Unemployment-Now-Eliminate-Joblessness-ebook/dp/B00OO1O2Y6

Anyhow predictions don't come true so easily, because human beings have free will, so nobody knows what they are going to do next. You may see more; Predicting for 2016, http://beforeitsnews.com/prophecy/2015/12/ets-animals-and-psychics-all-predict-for-2016-2475778.html.
And this I posted a bit earlier, but here updated; Me too, I looked at the Crystal Ball for 2016
Happy New Year to You!