Anne Frank’s diary is the second most read book in the world, after Bible. Anne died just a few weeks before the liberation of Bergen Belsen camp in 1945. Since childhood Swedish Barbro Karlen, born in 1954, has memories of being Anne Frank in her past life. Already two years old Barbro told her mother that her name was not Barbro, but Anne. Her mother took the six year old Barbro even to psychiatrist, who anyhow said that the child is normal. 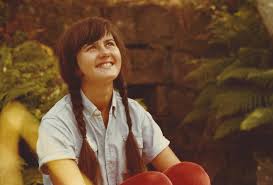 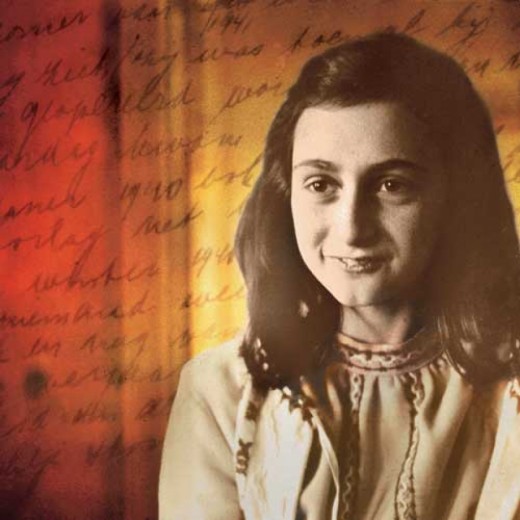 When Barbro Karlen was in the school her teacher spoke about Anne Frank, Barbro realized Anne was a famous person. She no more dare to speak about being Anne Frank. Like Anne, also Barbro was a child prodigy writer. At the age of seven Barbro had started writing on pieces of papers about reincarnation, the higher power and human destiny. When Barbro was 12 years old a family friend found all these papers and gave to a publisher. Barbro’s first book “man on earth” got published, but it had nothing about Anne Frank.

One day Karlen family wanted to see the house of Anne Frank in Amsterdam. In a hotel 10 years old Barbro found herself saying to her parents ‘we are not far away’. His father said, ‘how can you say, you have never been here before’. Barbro took them to Anne’s home in 10 minutes.

In Anne’s room Barbro told her mother about seeing a vision of pictures on the wall, which her mother couldn’t see. Barbro walked over to a staff member and asked if there was pictures set up by Anne on the wall. The worker admitted of taking them down for framing with glass that no one can destroy them. Barbro tells; ‘I think that moment my mother realized that I had actually been Anne Frank.’ Her mother became very spiritual, but her father just wanted to cling in his Christian beliefs and deny; ‘I don’t ever want to talk about this again.’

When Buddy, an actor and Anne Frank’s cousin, invited Barbro to his home and opened the door, they looked at each other and fell into each others arms crying. When the newspapers asked Buddy, ‘Do you believe that Barbo is the reincarnation of Anne Frank’? He answered, ‘yes’. Since then Buddy has backed away from interviews, but has Barbro to stay with him, when she visits Switzerland. Interview with Buddy Elias, the last living family member of Anne, https://www.youtube.com/watch?v=9Jp0XDpxd3Y

Some speculation; If the Nazis knew Anne Frank, a Jew, would be reborn as Christian Barbro, the Holocaust could not have happened. The time will arrive soon when reincarnation is understood and proved to be a real phenomena. This will prevent many religious wars and racial disputes. Eventually it will end religions also. DA

Otto Frank, father of Anne participated on WWI among other German soldiers. Once he had to take a horse from a farmer, he said I want my horse back after war. Otto Frank promised and asked, ‘do you need a receipt?’ After war when the family was wandering why Otto was not coming home, he had actually brought that horse back to the farmer. https://www.youtube.com/watch?v=MTbHYBeUe0Y. Otto Frank talks about Annes diary, https://www.youtube.com/watch?v=AWRBinP7ans

The only video clip of Anne Frank herself


According Francine Prose, Anne Frank intended her writings to reach a wide audience, inspired by a radio address given by a Dutch minister in exile who was determined, once the war was over, to establish an archive of accounts of life under the Nazis. In 1944, Anne then 15, rewrote her texts, making scenes more vivid, ‘from meditation to action, from narration and reflection to dialogue and dramatized scene. After the war her father, Otto Frank, drew on versions A, B and C. The definitive edition (1995) was supplemented with hitherto omitted passages from A and B’. Anne Frank: The Book, the Life, the Afterlife – Goodreads.

Breaking Aug 18, 2017: Anne Frank Center just spat on Trump – Despite the fact that Trump has condemned riots in Charlottesville numerous times, the far left, including Anne Frank center, is looking for excuses to blame Trump, https://www.youtube.com/watch?v=Ip1Q992YxYk

Does the channelers know something?

According Channelingerik.com, Anne tells: It was hardest to see other people suffer and in pain more, than it was for me to experience it. I couldn’t control where I was, or control the government, but I could express and document, what was happening. I never thought it would become what it did. The diary gave a face to the Holocaust and every Holocaust before and after. We died in camp. In my previous life I was the one treating others unjustly. Sometimes I could be particular cruel – kill men, take children to be used as slaves. Now a lot of fear mongering is going on, I would just ask humanity to not be influenced by it’. http://channelingerik.com/channeling-anne-frank/

Just my opinion, what comes to Holocaust and 6 millions Jews gassed on concentration camps - that number may be greatly exaggerated, as the means to gas people seems so old fashioned and slow method, but nobody can deny the horrible killings of innocent, and crude dealing with war prisoners in these camps. DA

Didi Annapurna, if you re-post this link it here, thanks!

Policeman was Needed to Prove Reincarnation is Real !